Ohana is the Hawaiian word for family. People in the State of Hawaii are like a big family, and tourists are included in this ohana.

Ohana is the Hawaiian word for family. People in the State of Hawaii are like a big family, and tourists are included in this ohana. This ohana belives and lives the “Spirit of Aloha.” All of this makes Hawaii such a special and unique place to visit and to live in. What happened today in Hilo on the Big Island of Hawaii makes everyone in Hawaii proud.

Leaving Hilo, a 50,000 mile journey is ahead for the crew of Hōkūle‘a, Hikianalia. If all goes to plan, the two wa’a won’t return to Hawaii’s shores until 2017.

Hawaii Governor Neil Abercrombie today commented on the departure of voyaging canoes Hōkūle‘a and Hikianalia, as crew members embark on the first leg of their 36-month worldwide voyage.

“We congratulate Hōkūle‘a, Hikianalia and crew members for today’s successful launch and wish them fair winds and following seas throughout their Mālama Honua Worldwide Voyage. This journey is living proof that the ocean connects us rather than divides us and it is our hope that people around the globe take this as an opportunity to unite in the spirit of aloha and mālama honua.”

You can track the voyage on Google Maps:

Here is what the organizer said:

Founded on a legacy of Pacific Ocean exploration, the Polynesian Voyaging Society seeks to perpetuate the art and science of traditional Polynesian voyaging and the spirit of exploration through experiential educational programs that inspire students and their communities to respect and care for themselves, each other, and their natural and cultural environments.

Hawai‘i, our special island home, is a place where the land and sea are cared for, and people and communities are healthy and safe.” 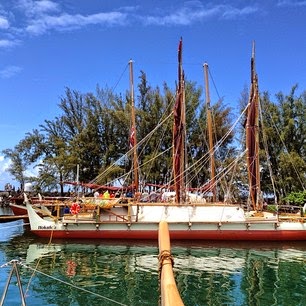 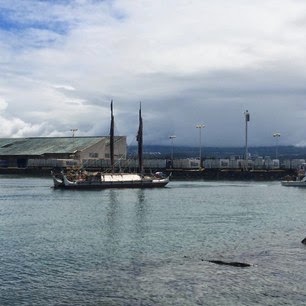 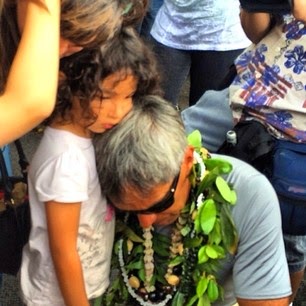 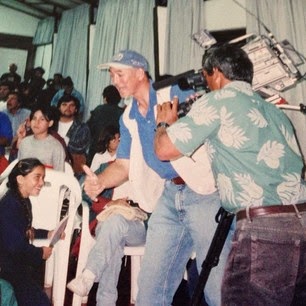 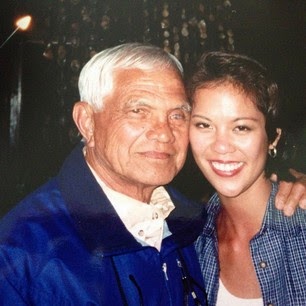 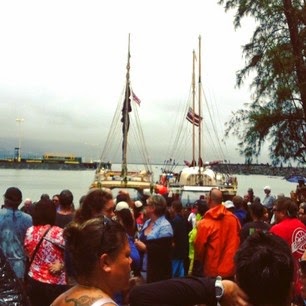 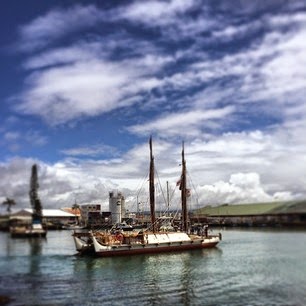 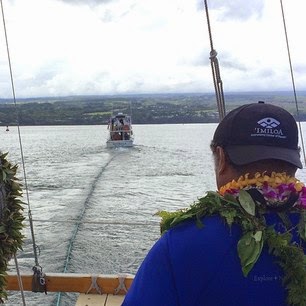 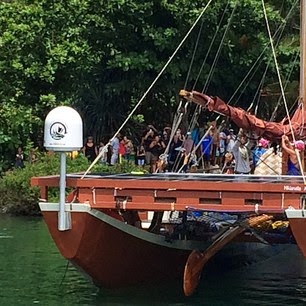 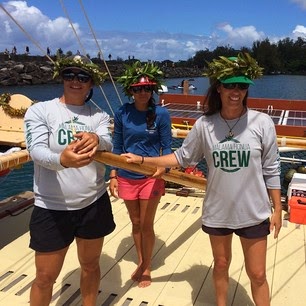 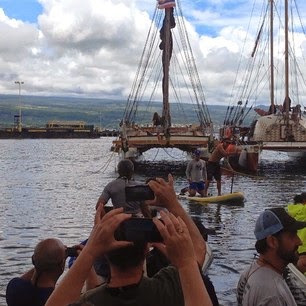 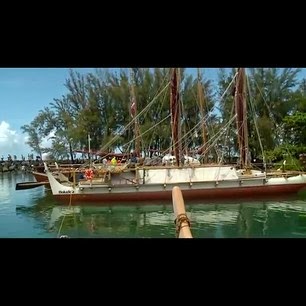 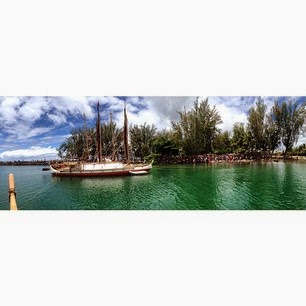 The international portion of the Worldwide Voyage begins with a return to Tahiti, Hōkūleʻa’s second home. We will pay tribute to the founding teachers that made our modern voyage possible: Mau Piailug, Eddie Aikau, Lacy Veach, Herb Kane, Pinky Thompson, and Will Kyselka, among others. We will pay our respects to our Pacific cousins, with whom we share our routes and our origins, and from whom we continue to learn. For the first time in 18 years, we will return Hōkūleʻa to the beach that was given her name in Papeʻete. Residents of the fishing village there teach us about extraordinary kindness and compassion through their everyday actions. It is a kindness and mutual respect that will help establish the new generation of relationships between youth in Hawaiʻi and Tahiti. The island of Raiatea is a sacred site for perpetuating Polynesian navigation throughout the Pacific Ocean. The original name for Taputapuātea is “Hawaiʻi Iki,” a place that served as a school of wayfinding. Navigators learned to carefully study and revere nature for direction, and to value exploration and connection.

Our crew has been waiting in Hilo, Hawaiʻi for nearly two weeks for the right winds for today’s journey to Tahiti. I was also in Hilo in 1999 during the preparation for Hōkūleʻa’s departure to the South Pacific and Rapa Nui (Easter Island). At the time I was a new crew member, wide-eyed, trying to get a handle on the seemingly endless list of details that needed to be checked and rechecked before the voyage could be sanctioned for departure.

Now, some 15 years later, on the eve of this historic departure for these canoes and crews, it really is amazing to see how much of the preparation process of has remained the same. Hilo has been the staging point for many voyages to the South Pacific because of the easting that the canoes will need to get as they sail south. Hilo being one of the most eastern points in the Hawaiian chain makes the job that much easier from the start. But, Hilo is a perfect launching point for a slew of other reasons. Hilo’s spirit of hoʻokipa, or giving and offering, has epitomized the sense of community that we intend to take with us around the globe.

Literally thousands of members of our ʻohana waʻa (canoe family) have come to see the canoes. School groups by the busloads have come to share mele (songs) and hoʻokupu (offerings) to the canoes and crew. But if one looks a little closer, they can start to really notice how well this community still understands the sense of aloha. Every day for the past 10 days this community has come out to feed the crew three meals a day. Cars have been dropped off to help with last minute runs to the store. People have come without any expectation of personal gain to give of their time to just help us prepare for this 47,000 mile journey. Just this morning after sunrise, one of the uncles from nearby came to drop off a dozen or so lei, that he personally strung together with flowers from his yard, just to “Aloha” the canoes. He didn’t even ask to come aboard, rather, he left them in the care of one of our watch captains to bless the canoes with the sweet fragrance that reminds us all of Hilo.

What started as a mere dream to take our vessels around the world has come to full fruition, thanks in no small part to this sense of aloha, kuleana (responsibility) and sincere belief that the expansive ʻohana waʻa has in the mission of the canoes. From large corporations that are based on the East Coast to the woman who set up her own tent and massage table at Palekai to massage the sore muscles of a worn crew, they are all part of a this community, the ʻohana waʻa. It just so happens that this community is bound by the values that come from these vessels rather than the geographical space that they occupy. And for me, as a crew member, as a media maker and as a father, my great hope is that Hōkūleʻa and Hikianalia will travel the globe connecting a community that helps us all to recognize that we are all not that different if we look at our values and what makes us want to move forward together, as citizens of Island Earth.