Turkey’s national flag carrier, Turkish Airlines, is planning to sue the US aerospace giant Boeing over ‘the uncertainty and the failure to make an adequate statement’ regarding the 737 MAX situation.

The 737 MAX series jets have been grounded worldwide since March of 2019, following deadly crashes in Indonesia and Ethiopia.

Turkish Airlines, who is one of Boeing’s biggest customers, is getting ready to file a lawsuit against the US aircraft manufacturer after having to reevaluate its operation strategy due to problems with the 737 MAX aircraft.

Turkish Airlines has 24 Boeing 737 MAX planes in its fleet but cannot use them due to the grounding. It is currently awaiting the delivery of 75 MAX aircraft.

The company says the grounding of the aircraft and its inability to use the 24 already in its fleet have affected ticket fares and the number of domestic flights negatively.

The airline saw a 6.7 percent decline compared to last year in the number of seats offered. The growing demand for air travel has also raised ticket prices considerably compared to 2018.

In May, Turkish Airlines’ chairman said the company expected compensation from Boeing for losses incurred over the grounding of the jets.

Boeing said this week it would suspend production of the 737 MAX in January. That will be the US plane maker’s biggest assembly-line halt in more than 20 years. The decision follows the US Federal Aviation Administration’s refusal to approve the jet’s return to service before 2020. 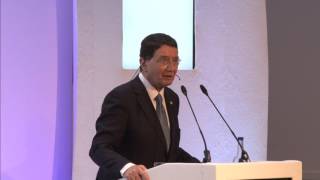 Another US state may join Nevada and decriminalize prostitution

Non-stop from Düsseldorf to Caribbean and Mexico