Paris is one of the best cities on the planet to visit. In 2017, 33.8 million visitors arrived in Paris and the Ile de France. Paris is one of the best cities on the planet to visit. According to Reuters.com, in 2017, 33.8 million visitors arrived in Paris and the Ile de France. Paris is a city that should not be rushed. Like a good love affair, the relationship should not be rushed. Design your schedule so that you have at least 5 days to get a sense of the city and the “uniquely French” way of life. 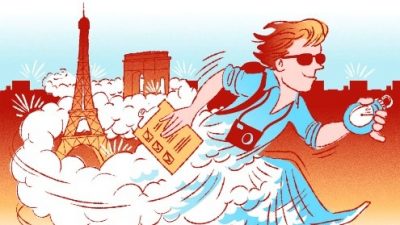 So Much to Love

1. Subway/Metro. There is a difference between the Metro/subway, RER and SNCF. The Metro is the subway (inside the city), the RER is the suburban train system, and the SNCF is the rail system throughout France.

The excellent news is that the French rail system works (although all cars may not be air conditioned)! The Metro is the quickest and most efficient method for getting around the city while the SNCF (using Rail Europe) is the best way to travel throughout the country.

While accessing the Metro and bus systems are not easy/peasy – even for a New Yorker, there is some logic to the operation, and thanks to Google Maps, can be navigated with a significant degree of accuracy and efficiency. 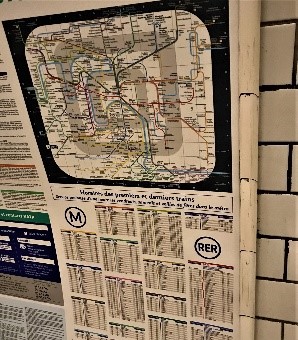 Most of the time Google is spot on, however, there are parts of London that have not been fully integrated into the Google system, and the old-fashioned methods of paper maps and asking shopkeepers and people on bicycles for directions continues to be the best resources for getting to a location.