US Military evacuates 500 US Citizens from St. Maarten

U.S. military aircraft have evacuated more than 500 American citizens trapped on the Caribbean island of St. Maarten, which was devastated by Hurricane Irma and is now facing more possible damage from Hurricane Jose. It is estimated that more than 5,000 American citizens remain on the island that is jointly administered by France and the Netherlands.

A US State Department spokesperson said: “The safety and security of U.S. citizens overseas is our top priority. Over the last 24 hours,  the US Department of State has worked in close coordination with the Department of Defense to assist over 500 American citizens with air evacuations from the Dutch and French Island of [St. Maarten], beginning with those needing urgent medical care.

US Military operations will expand as weather conditions improve after Hurricane Jose passes the island.

The evacuation flights began Friday evening as National Guard C-130 aircraft flew to the island from Puerto Rico to evacuate those needing the most urgent medical care.

The United States does not have a consulate on St. Maarten which has made it difficult to gather information about Americans still on the island.

Several Americans interviewed by ABC News upon their arrival in San Juan, Puerto Rico described a desperate situation on St, Maarten during and after the storm. Some described how they moved couches and beds to block the ocean-facing windows in their hotel rooms as Irma raged outside.

Others described looters stealing purses from hotel guests and how the Dutch military had arrived at their hotel in search of men who had just robbed a bank.

The Department of State is operating a 24-hour task force to coordinate the U.S. government response to Irma and Jose 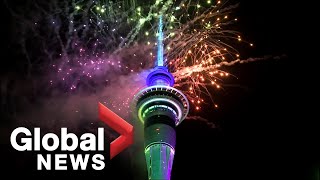