IUCN World Congress opened: One canoe, one island, one planet in the Hawaiian Aloha Spirit

Tourism relies on a healthy environment. We are one canoe, one island, one planet - we cannot mess this up.

Tourism relies on a healthy environment. We are one canoe, one island, one planet – we cannot mess this up. This is the spirit of aloha after an emotional blessing when representatives arrived by canoe on Hawaiian Shores to participate at the World Conversation Congress.

For the first time, this congress was opened on U.S. soil in the State of Hawaii this morning. 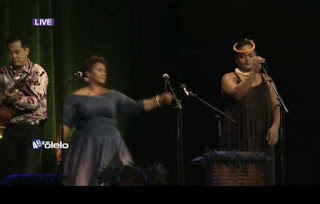 In a packed Blaisdell Arena, delegates from 190 countries and communities were represented when Hawaiian Affairs CEO Kamana opono Crabbe welcomed delegates. He urged everyone to share aloha with each other, honor Hawaii to be a gracious host, and show deep respect to Mother Earth and to what he says our “one and only Mother Earth, what is all our home.” 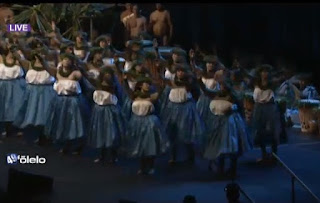 Crabbe recognized our fragile eco-system on Mother Earth is on a crossroad and pushed to the limit.

Thousands of delegates and in the spirit of Aloha hugged each other before Hawaii Governor David Ige took the stage.

Ige said Hawaii is home of thousands of species you don’t find anywhere else on the planet.

The isolation of Hawaii makes Hawaii the capital of the world when it comes to endangered species. He said, Hawaii has a spiritual connection to nature, including forests, streams and reefs.

Here in Hawaii, our natural resources are critical to our way of life, the Governor added.

“We in islands know limits. We are a microcosm of our Mother Earth.”

The governor pointed out his plan to protect 30% of Hawaiian shores by 2030, he wants to double Hawaii food production by 2030, reduce the use of oil, and make Hawaii’s energy 100% renewable by 2045.

Senior US Senator Schatz pointed out the importance of protecting Hawaii’s rainforests.

Ige announced a global island partnership among island communities to share culture and models for sustainability.

The Governor told delegates, “I want to listen, share and learn from you.”

We can make a difference to our island Earth, Governor Ige concluded.

U.S. Secretary of the interior Sally Jewell welcomed delegates and pointed out Hawaii is the best place in the United States to hold such a conference.

20% of U.S. land mass is protected, and she was proud to notice President Obama’s recent announcement of the largest marine protected territory, the Papahānaumokuākea Marine National Monument.

President Obama arrived in Honolulu last night and was at the time of the IUCN opening on Midway Island, the gateway to Papahānaumokuākea, touring the U.S. Marine National Monument.

The implementation of a marine sanctuary in his country is the size of California.

Together with the Federated States of Micronesia and Marshall Islands, the Palau president is proud what his country had achieved in regards to shark protection, together with his neighbors. He said: “A live shark is worth so much more than a dead shark.” 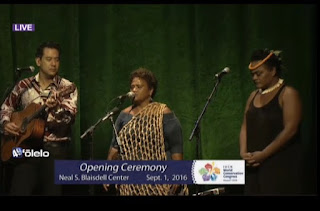 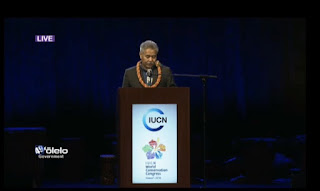 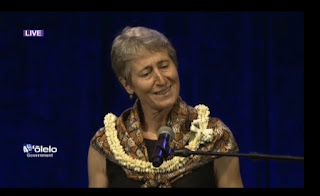 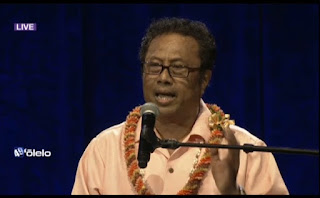 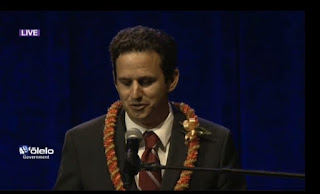 The Palau president said Marine-protected areas are now established across the Pacific by many nations just in the last two years. The rest of the world has to be on the same page.

190 regions and countries are paddling in the same direction, the president noticed.

He finished his presentation and shared a Palau chant. Delegates attending and from every corner of the world chanted back.

UN Chief Ban Ki-moon related his greetings, and pointed out achievements from many countries around the world. 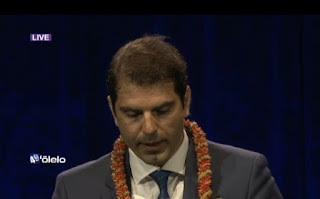 The European Union speaker from Slovakia addressed the audience, saying Europe knows the limit of the blue planet. 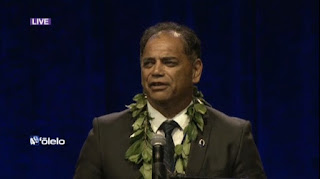 Representing the native Hawaiian people, the head of Kamehameha Schools reminded all delegates of the royal heritage in Hawaii and the connection to earth, spirit and responsibility. “The concept for the school is of one, and educating everyone of our students and being a good steward of our land.”

A blessing was shared with the audience. 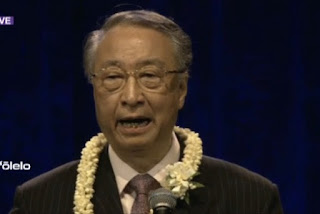 Mr. Zhang Xinsheng of China, the President of the IUCN World Conservation Congress, told delegates he was grateful to the people of the United States, and the State of Hawaii, for wonderful arrangements made for IUCN in 2016.

He said, he is convinced historic agreements made in 2015 are now to go from the tipping point to turning. He is looking forward to seeing these agreements put into action.

He ended by declaring the IUCN World Congress Hawaii 2016 open.