Intercontinental Hotels, Holiday Inn and Crowne Plaza are all part of the InterContinental Hotels Group (IHG). “From the CEO to a customer service agent: We really don’t care at IHG!” This is how eTN Publisher Juergen Steinmetz translates his experience with the group after a recent MICE event organized by eTurboNews in an IHG-branded hotel.

The hotel promises on its website it creates great hotels – guests love. IHG made this slogan to be protected by copyright.

This is an example of how one bad experience in a Holiday Inn Hotel can reflect on the entire global brand IHG. It’s an example of when a customer services chain of responsibility is not in place, how one independently-operated hotel in a group of thousands can ruin the hard work of many good people working for the same company.

This is an example of how even more dangerous this can becomes, when top corporate management appeared to not care. 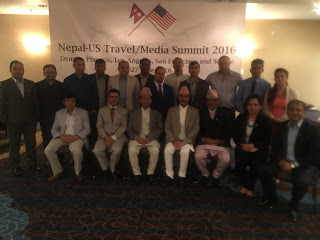 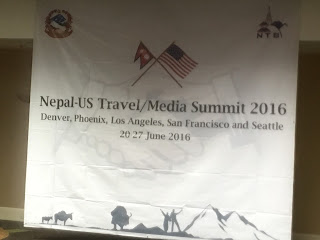 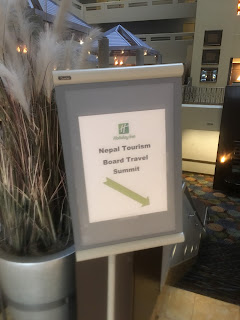 It started when a group under the personal leadership of the CEO of the Nepal Tourism Board (NTB), the Deputy Minister of Tourism for Nepal, and a group of senior representatives of NTB arrived on a Saturday in June in the lobby of the Holiday Inn East Stapleton, and the front desk had no idea there was a group arriving and no booking was found in their computer.

The group and catering department simply forgot to make a booking for this group and forgot to forward paperwork to the lobby.

Confronting the front desk manager on a weekend, she insisted it wasn’t really her problem, and she was doing a favor in trying to resolve this problem.

It left a group of tired guests – all travel professionals and many visiting the United States of America for the first time, this hotel being their first stop – waiting in the lobby for hours, until the eTN Publisher got involved personally and forwarded a room list and payment details to the hotel manager on duty.

The next day, on a Sunday, when more guests arrived, this situation repeated itself. The front desk crew from Saturday didn’t really worry about Sunday and only dealt with the issue on hand during their shift.

The check-in, however, is not the reason IHG was found by eTN to be unfit to provide the customer service and experience to handle groups, conventions, and meetings. More about this in a moment.

The Nepal Tourism Board meeting itself went great. Denver travel agents and local media attended in full force. The food was acceptable, and the hotel catering staff and management did work hard to make good for the check-in disaster. eTN in return gave the hotel good global coverage, so everyone was happy again at that point.

But then, the real nightmare began weeks after check-out.

Two months later Mr. Suman Pandey, President of Explore Himalaya Travel & Adventure, who attended the Nepal Tourism Board Road show and who operates one of the largest and most respected travel and tour companies in this Himalayan country, contacted eTN complaining of a charge to his credit card for more than four-thousand dollars. The charge was from Holiday Inn East Stapleton in Denver.

He asked the hotel to adjust the charge and only bill him for his 2-night stay in a single room.

Also eTN immediately contacted the hotel and demanded that they credit this guest’s charge card. The guest had nothing to do with the overall group arrangement in the first place. He was just one of the 32 individually paying participants attending the event.

When eTN organized the group, the hotel had asked for credit card guarantees. Unfortunately, credit cards in Nepal are not common, and only some guests actually had a major credit card. One of them that did have a card was Suman. The hotel not only guaranteed his room booked within the group arrangement, but they assumed this card was guaranteeing the entire arrangement. This was unknown to anyone.

The hotel did not inform the card holder when he checked in or checked out about his card on the hook for anything else but his own room.

The card holder would have never agreed to pay for catering arrangements.

The hotel simply failed to charge the organizers card on file, and picked a guest account, even though the correct information was re-confirmed to the hotel prior to check-in. All of this could have easily been handled at check out with the eTN and group representative. Everyone checked out the same time.

Instead of reversing the charge on the innocent guest’s account, the hotel insisted on keeping the money until eTN provided a different credit card to cover the amount charged.

However, driven now by the hotel’s inability to correctly process a a credit card charge, in scrutinizing the invoice more closely, there was a dispute in regards to a $890 A/V charge included on the invoice.

The arrangement also was to be billed in a different way, and eTN insisted that the hotel immediately credit the guest’s card and after this was resolved, eTurboNews would make arrangements with the organizer and send a check, not trusting the hotel any longer with a credit card number.

eTN then called the IHG customer service number, and the agent insisted she had to have a member number in order to file a complaint.

Problem is, there was no such number ever given to eTN. The agent’s response to that was to slam the phone and disconnect the call on eTN publisher Juergen Steinmetz.

The agent again hung up the phone without further explanation.

eTN at that point contacted Mr. Michael Torres, Director of Communication for the Americas for IHG. His secretary answered the phone and didn’t want to know who was calling. Instead she referred the call to Jordan Worrall with the Holiday Inn Brand Family Communication.

Jordan took the information and forwarded it to Larry Ellison, the Executive Liaison for IHG in Salt Lake City, Utah.

Mr. Ellison took all the details and promised to call back the same evening. No surprisingly, there was no return call.

After leaving voicemail messages on Mr. Ellison’s phone several times a day, every day, with no response, eTN again called Jordan Worrall. She promised to follow-up and have Mr. Elliot from customer service call. There were no calls after that.

eTN publisher’s next attempt to resolve this issue was to again call Michael Torres, VP of Communication of the IHG Group for the United States.

His secretary again had no intention of listening to the reason for the call. She didn’t even care who called. Instead, she interrupted Steinmetz three times to take other calls, and in the end, she finally slammed the phone and disconnected the call. Steinmetz kept trying to call back, and in every single instance, she slammed the phone or voicemail answered.

It made one wonder if IHG employees are taught that the way to handle complaints is to simply slam the phone and disconnect the call.

Getting absolutely nowhere, and on top of that, dealing with completely unprofessional staff from the bottom up, Steinmetz called customer service executive Larry Ellison and left a message on his voicemail saying he would call the Better Business Bureau (BBB) and post the incident to social media if he did not return his phone call.

Finally, on August 25, Mr. Ellison responded to eTN in writing.

Here is what he said:

Thank you for your patience while I investigated your concerns.

As promised, I initiated an investigation with the management of Holiday Inn Denver East Stapleton. Upon completion of their review, Ms. Zodella Cole, Senior Sales Manager, has clarified per the contract, Mr. xxxxxx’s credit card was the only form of payment provided to guarantee the event.

Ms. Cole also advised that several attempts to contact you directly to verify payment method were made, though unsuccessfully. It was at this time, the charge was assessed against the Visa card provided.

While I certainly do not intend to minimize this situation, due to the terms and conditions agreed to in the contract, the role of IHG is limited. The position of my office is to assist in opening a line of communication between you and the hotel. Further, as the Holiday Inn Denver East Stapleton is independently owned and operated, IHG is not party to the contract, which is an agreement between you and the hotel, and we are unable to compel any action on the part of the hotel.

I realize this is not the outcome you were anticipating and I am truly sorry our office is unable to assist you further.

At that point, Mr. Steinmetz wrote to the IHG CEO, Richard Solomons in Denham, United Kingdom.

Mr. Solomons did not respond.

The executive said that he reads eTN every day, and he apologized for what had happened and told Steinmetz that hanging up the phone on a guest is unacceptable for anyone at IHG, but he had no solution to assist any further.

In the meantime, the innocent victim in this process had to dispute his credit card charge, which is a difficult process for a card holder in Nepal to do.

Steinmetz said: “My warning – Be aware when booking IHG. Read the fine print, only present a credit card when you can insist on a set charge. Don’t give IHG, Holiday Inn, Crowne Plaza or any affiliated IHG hotel a card just to guarantee an unknown and blank amount. It may be just like writing a blank check to a stranger.”

He continued to say:
“Make sure you are aware if a property showing the IHG Logo is in fact an IHG owned and operated hotel.”

“And if you do have a problem with an IHG hotel, make sure you have thick skin and can tolerate complete unprofessionalism.”

“Be prepared IHG staff may just respond to requests by disconnecting calls and slamming down the phone.”