Whole towns in Lazio/Umbria/Italy have been severely damaged, according to social media posts and the local major's offices.

Whole towns in Lazio/Umbria/Italy have been severely damaged, according to social media posts and the local major’s offices.

All rescue forces are mobilized in Central Italy and are responding in force. The Civil Protection Agency is working with the prime minister, according to tweets received by the Italian Prime Minister’s office. Authorities in Rome are checking for structural damages.

A 6.2 strong earthquake was a nightmare wake-up call this morning for millions in Central Italy. It was 3:36 am in Rome, the capital and
the tourism center of Italy. Most people were sound asleep, which may have been a blessing in the city, which is also home for the Vatican. 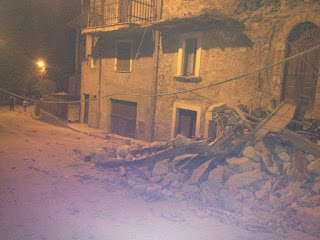 The strength of this morning’s earthquake had almost the full strength in Rome, 126 km away from the epicenter. It’s considered high and dangerous for the tourist center and the largest metropolis in Italy. Luckily almost 2 hours later no major report of damages or injuries have been received. Authorities are now looking for structural damages.

The epicenter was 10 km from the town of Norcia, home to some 5,000 residents. The ancient Italian city of Spoleto in the Perugia province with some 40,000 residents is located 35 km east of the quake.

The quake is now on record as the largest earthquake measured this year.

According to statistical data, an earthquake of 6.2 could cause economic losses into the tens of millions of euro.

Loss of lives can be estimated between 100-1,000 for an earthquake on such a scale.

A reader tweeted from Rome: “Most terrifying moment of my life there. Woke up, as felt like someone violently rocking bed.”

According to latest first tweets, the situation is serious in the towns of Amatrice and Castelluccio di Norcia near Perugia and Rieti.

The earthquake at 6.2 was major, but at this time news is only developing. The intensity in Rome was still close to 6 on the scale. Aftershocks were felt as far as Florence. 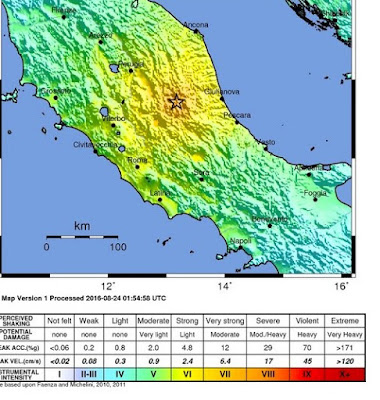 eTN will update if any significant developments are forthcoming.