Over a year and a half ago, the Federal Aviation Authority (FAA) concluded a Whistleblower Report on American Airlines.

Over a year and a half ago, the Federal Aviation Authority (FAA) concluded a Whistleblower Report on American Airlines. The report addresses allegations made by maintenance workers about safety concerns and about pressure to deviate from proper maintenance procedures, to not report discrepancies and deficiencies, and to not report damage to aircraft that exceeded repair limitations – these aircraft were simply returned to service.

The FAA Investigation Team was able to substantiate all of the whistleblowers’ allegations, however, American Airlines has still not responded to the FAA regarding this report. Each time eTN has written about the whistleblowers and the report, the airline was contacted to provide a statement, but none was ever made nor were any of the inquiries acknowledged. Read yesterday’s story, American Airlines: Still not so safe? 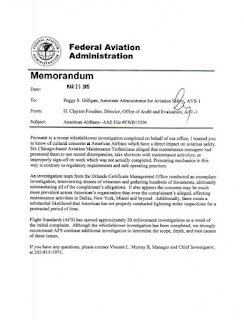 While whistleblowers are protected by law, what about the passengers who fly an airline that refuses to respond to allegations made by a whistleblower? Or to the law firm representing the whistleblower? Who is protecting those travelers who believe maintenance is being carried out with their protection in mind as they soar 35,000 feet above the Earth, putting their trust and quite literally their lives in the hands of the airline? 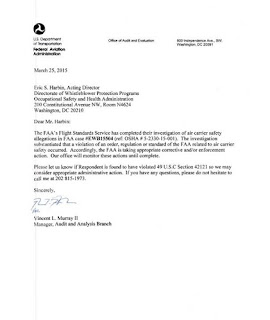 Seham, Seham, Meltz & Petersen, LLP (SSMP) Partner, Lee Seham, an airline labor attorney for 30 years, said: “Safety first among airline management is very much an empty slogan. They are focused on getting the planes out and reducing costs.”

“To a great extent, in this airline industry, safety rests with the individual conscientious person who won’t back down when safety is about to be compromised,” he added.

He goes on to say that in the time that he was been practicing airline labor law, he has never met an aircraft mechanic who was told by his manager, “Thank you for finding that crack in the fuselage,” or a pilot who was told, “Kudos for finding that hydraulic leak during your walk around,” or a flight attendant was told, “We commend you for removing yourself from service, based on your fatigue.”

Here, Seham provides an overview of the federal whistleblower law that protects airline employees who report safety violations in this video.