BANGKOK, Thailand – Andrew J. Wood, a 23-year Skal Asia member and regular contributor to eTurboNews, offers a personal tribute to Marco G. Battistotti who tragically died earlier this week in a road accident in Malaysia. eTN gratefully shares his tribute with our readers.

Travel industry colleagues in Asia are still reeling over the sudden, shocking and horrific passing of Marco Battistotti (49) the Skal Asia President, who was tragically killed on August 8, 2015 while traveling from Malacca to Kuala Lumpur.

In heavy rain, at 3 am, in poor visibility, traveling on his beloved Vespa, the motorbike slipped and went out of control and hit the side barriers of the expressway. Marco was hit by traffic on this major north-south road at 197.8 km near Alor Gajah. He died at the scene of this 3 am tragedy.

Marco was a Vespa enthusiast and was well known for riding his Vespa around town.

Marco was a friend, and we are all in shock, saddened by the loss of a fine gentleman. Gone too soon. A father, a great hotelier, the Skal Asia President, and a civilized and caring Italian gentleman. He was incredibly humble and a really polite person, attentive and interested with a ready smile and a cheery disposition. A colleague of mine said recently that in all the years he had known Marco, he had never heard him say anything bad about anyone; I agree. 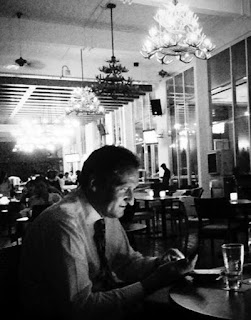 It’s ironic that it was one year ago exactly that I stayed as Marco’s guest at his hotel in Malacca and on departure drove along the fateful north-south expressway to KL on which Marco was killed.

A popular and well-liked hotelier, tributes have been flooding in from around the world. Among them Skalleagues from Italy, the UK, and the USA along with SI President Salih Cene and members of Skal’s Executive Committee, who have all left caring and moving messages on a special tribute site set up for Marco.

Many hundreds of messages, too, from industry colleagues have been sent via social media. Malaysian Association of Hotels (MAH) Malacca Chapter Chairman Abu Hassan Ismail said: “He was the nicest person I knew and was well-liked in the industry. He was always cheerful and managed his teams with excellent communication and analytical skills and was committed to his work.”

The New Strait Times quoted Suleiman Tunku Abdul Rahman who regarded Marco Battistotti as the “champion” of the hotel industry, who said, “It’s a very tragic loss of our dear friend, Marco. He is a true hotelier extraordinaire and a dear friend. His passing is a great loss to the tourism industry, and he will be fondly remembered.” 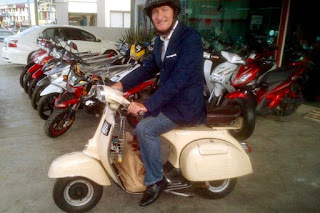 A picture of Marco picking up his scooter in Malacca before driving it to the capital was posted by Marco to friends on WhatsApp just 2 hours before he died.

Prior to moving to KL, Marco was based in Malacca at the Hatten hotel before moving as Vice President of Operations at Ri-yaz Hotel and Resort in Kuala Lumpur.

He was fondly remembered as “Mr. Nice Guy” of the hotel industry. Malaysian Association of Hotels (MAH) Penang Chapter Chairman Khoo Boo Lim said Marco was a humble man. “You will never come across a foreigner this humble. He is different; he had a different attitude and mentality. We all loved him, including the hotel staff,” said Khoo, who is also Lone Pine Hotel General Manager.

Marco was also MAH’s past national board member and the former Chairman of its Penang chapter. 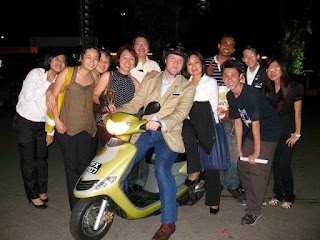 Marco was actively involved in Malaysia’s tourism industry, participating in local think-tanks, a member of the Chaine des Rotisseurs and was deeply committed to Young Skal.

Marco, who was born in San Remo, Italy, leaves behind wife Penelope, and daughters Francesca, Ottavia, and Lenigrace.

My sincere condolences go out to Marco’s family.

All of us in Asia share their grief and tears; Marco will be missed by so many. Thank you Marco for all your selfless work; rest peacefully dear friend. Ciao.