Plea for help! If anyone in Tunisia at the Hotel Riu Imperial Marhaba can help us contact Eileen Swannack we would be eternally grateful.

Plea for help! If anyone in Tunisia at the Hotel Riu Imperial Marhaba can help us contact Eileen Swannack we would be eternally grateful.

An Irish woman among the 37 people killed in the Tunisian terror attack has been identified as a mother of two – Lorna Carty from Co Meath.

These are some of the tweets going around the world these hours.

A beautiful romantic beachfront setting and tourist resort became the scene of terror and horror today for tourists staying at the hotel, for tourists visiting Tunisia and for every traveler in this world.

While Palma de Mallorca based RIU Hotels and resorts has not been answering media hotlines, the company established a special website with updates. RIU call centers had nothing to say and couldn’t refer to any phone number for concerned guests to contact.

At RIU Hotels we continue compiling all the data on the incident this morning in the vicinity of the hotel Riu Imperial Marhaba. First thing tomorrow we expect to have the exact death toll and the nationalities of the victims.

As per now we can confirm that there are 13 injured persons who were taken to area hospitals, including 9 guests and 4 hotel employees. We have been informed that their injuries are not life-trheatening and all are recovering.

At present, all the staff at Riu Imperial Marhaba is focused on the safety and welfare of the guests. Therefore, in collaboration with the Tunisian authorities, we have organized a group of experts to provide psychological support to all those guests who might need assistance.
On the other hand, we are in permanent contact with the tour operators working with RIU Hotels in Tunisia to coordinate all the requests of our guests.

While the Tunisian authorities keep working in the area and guests are being taken care of, the information about the attack at the Riu Imperial Marhaba Hotel is still limited. When the attack occurred, the occupancy rate at the hotel was 77% with 565 guests at the moment of the attack. The majority of the guests are from the UK and other central European countries. However, it is not possible at the moment to confirm the nationalities or any other details of the victims. The Riu Imperial Marhaba hotel is a 5 stars property with 366 rooms. The hotel has a beachfront located in the resort area of Port El Kanaoui, where RIU operates two hotels more. In total, RIU has 10 hotels in Tunisia with 3.586 rooms.

The Riu Imperial Marhaba Hotel in Port El Kantaoui, Tunisia, has been affected by the attack occurred this morning on the hotel’s beach. We are collecting all the information about the incident and are in permanent contact with the authorities in order to have full information about what happened. We would like to extend our sincere condolences to the victims and their relatives, and are awaiting to know more about this incident. We will keep you informed through this media and the social networks of RIU Hotels as soon as we receive more information.

Eearlier the hotel tweeted 9 guests and 4 employees injured & sent to hospital after the attack.

Competitor Melia Hotels International tweeted: Our most sincere condolences to the families and friends of the clients and staff at the Riu Imperial Marhaba.

RIU Hotels & Resorts, owner of the Imperial Marhaba Hotel, says it extends “sincere condolences to the victims and their relatives” 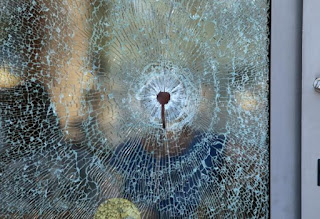 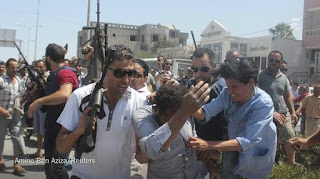 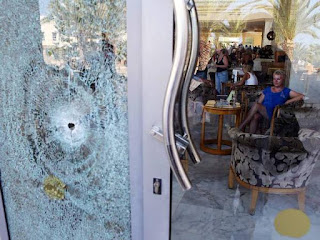 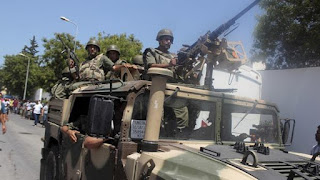 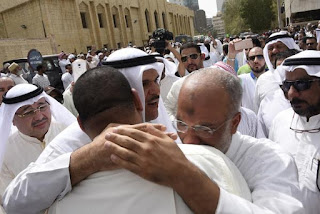 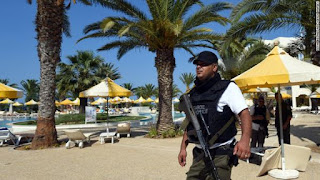 The Hotel Riu Imperial Marhaba is in a beachfront location with impressive views of Port El Kantaoui, Tunisia.

The complex includes a fresh water swimming pool, solarium terrace, indoor pool, gym, Jacuzzi and the thalassotherapy centre with a range of different treatments, massages, three salt water swimming pools and a hammam. This all creates the ideal environment for relaxing holidays away from the hustle and bustle of the city.

Port el Kantaoui is located a few kilometres from the north of Sousse and is a town of Arabic construction formed around its recreational port. We highly recommend you to visit the city, above all because of the distinguished atmosphere, beaches and culture that surrounds the property.