Travelers be aware of protests in the United States

Visitors and tourists should stay away from protests tonight to avoid getting involved in possible violent escalations.

Visitors and tourists should stay away from protests tonight to avoid getting involved in possible violent escalations.

This tweet says: “Another group of people just arrived from the west. I think we are well over a thousand people protesting at the White House in the US Capital Washington, DC”

In Ferguson, Missouri, it’s black against white, police against violent citizens. Exploded cars, burning buildings, tear gas, gun shots, looting: This is the scene in Ferguson, Missouri, USA tonight. This usually peaceful Midwest city is in riot mode. Most protesters are not from this town. They are brought in from anywhere in the country. Many just moved to Ferguson to be part of the new trendy protest scene.

Those that reside in this Missouri town for some time are watching the events unfold on TV. Their streets are quiet and peaceful, and only some traffic lights away from chaos.

Similar protests are at this minute developing in New York, Philadelphia, Detroit and in several California cities.

There was no bill returned, no indictment happened after 12 local jurors examined all evidence presented to them as members of this Missouri Grand Jury.

For some it’s now about getting free beer in looting liquor stores. It’s not about protesting, it’s about violence. It cannot be about the young man shot by police anymore, this became a bigger and national issue. 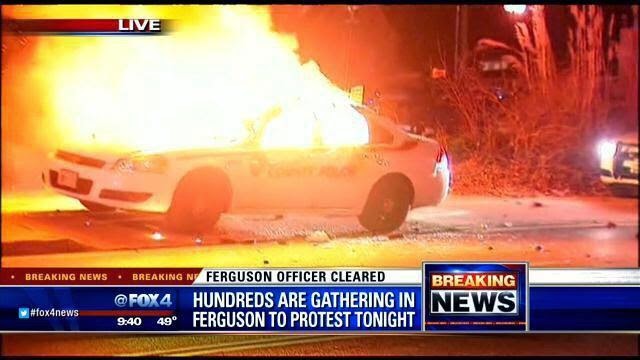 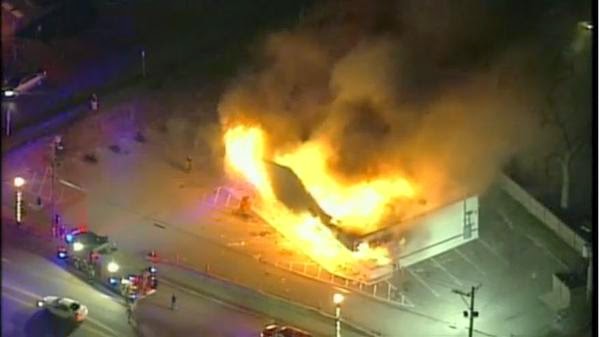 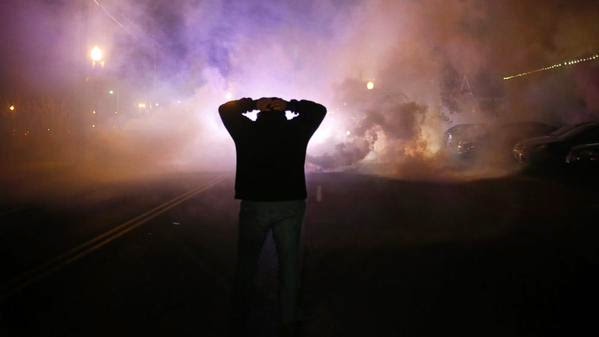 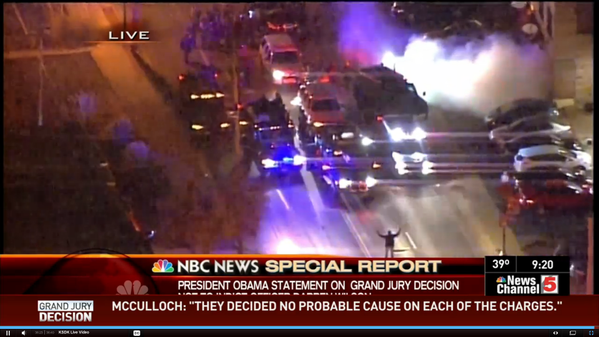 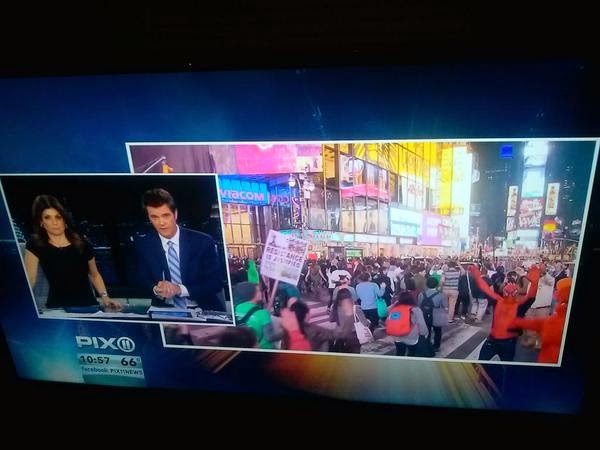